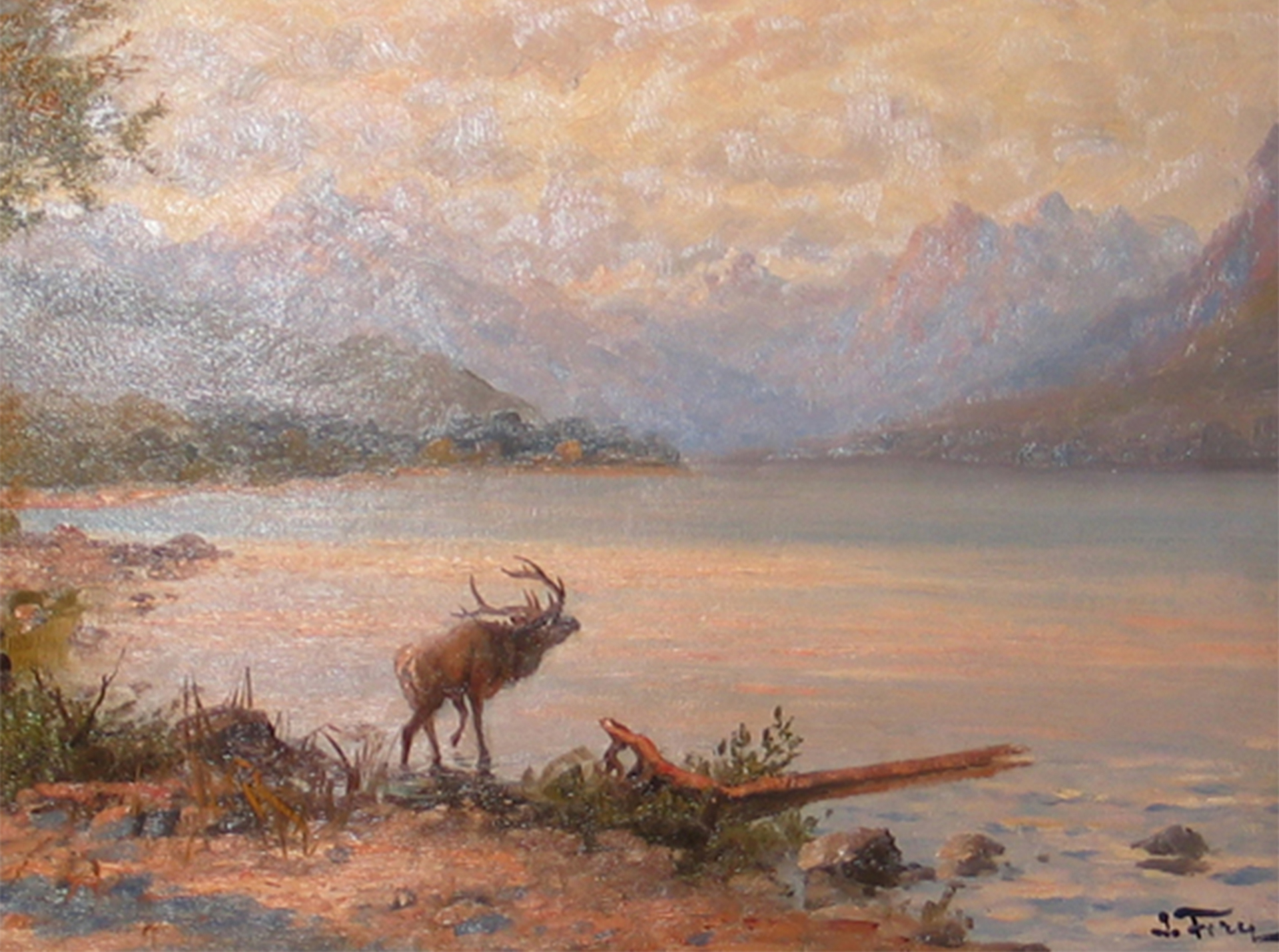 Johann Nepomuk Levy was born in Strasswalchen, Austria on March 25, 1859 and grew up in Pressburg. His father urged him to study art and literature, and in 1881, he enrolled at the Vienna Academy of Art. Upon moving to Milwaukee, Wisconsin in 1883, Johann legally changed his name to John Fery in order to better adapt to his new country. He returned to Europe where he married Mary Rose Kraemer. After their first child was born in 1885, he went back to Milwaukee with his family. The following years found Fery leaving his wife and children for extended periods to paint in the West. Recognition came slowly, but his work finally caught the attention of Louis Hill of the Great Northern Railway.

Hill immediately hired him for the “See America First” campaign. From 1910 through 1913, Fery was on the payroll of the Great Northern. He completed an amazing 347 major oil paintings. They decorated Glacier National Park lodges, ticket agent offices, and Great Northern depots from St. Paul to Seattle. Always prolific, he averaged nearly 14 outdoor scenes each month. In 1914 he was “loaned” to the Northern Pacific Railway to paint scenes of Yellowstone National Park. He returned to Glacier to complete paintings for the opening of Many Glacier Hotel. He spent the next few years free-lancing throughout the West, before moving back to Milwaukee in 1923. In 1925, Louis Hill again called on Fery. The contract required Fery to produce four to six large canvases monthly. He spent the next four summers painting in Glacier. In 1929, the Ferys moved to Orcas Island, Washington to be closer to their children. A new studio was built, but a fire destroyed all the paintings he had finished for the Great Northern.